So, you want to build a gun at home from scratch. You've heard this may or may not be legal. If this sounds like you, then probably have an idea of what 80% lowers are. If not,  start with this quick guide to get up to speed.

What the ATF Says About 80% Lowers

If you read that guide above (or you're already familiar), then you know 80% lowers are not considered firearms. They're not capable of meeting the  definition of a firearm under federal law (18 U.S.C. § 921). Here's what the ATF says about the legality of 80% lowers: 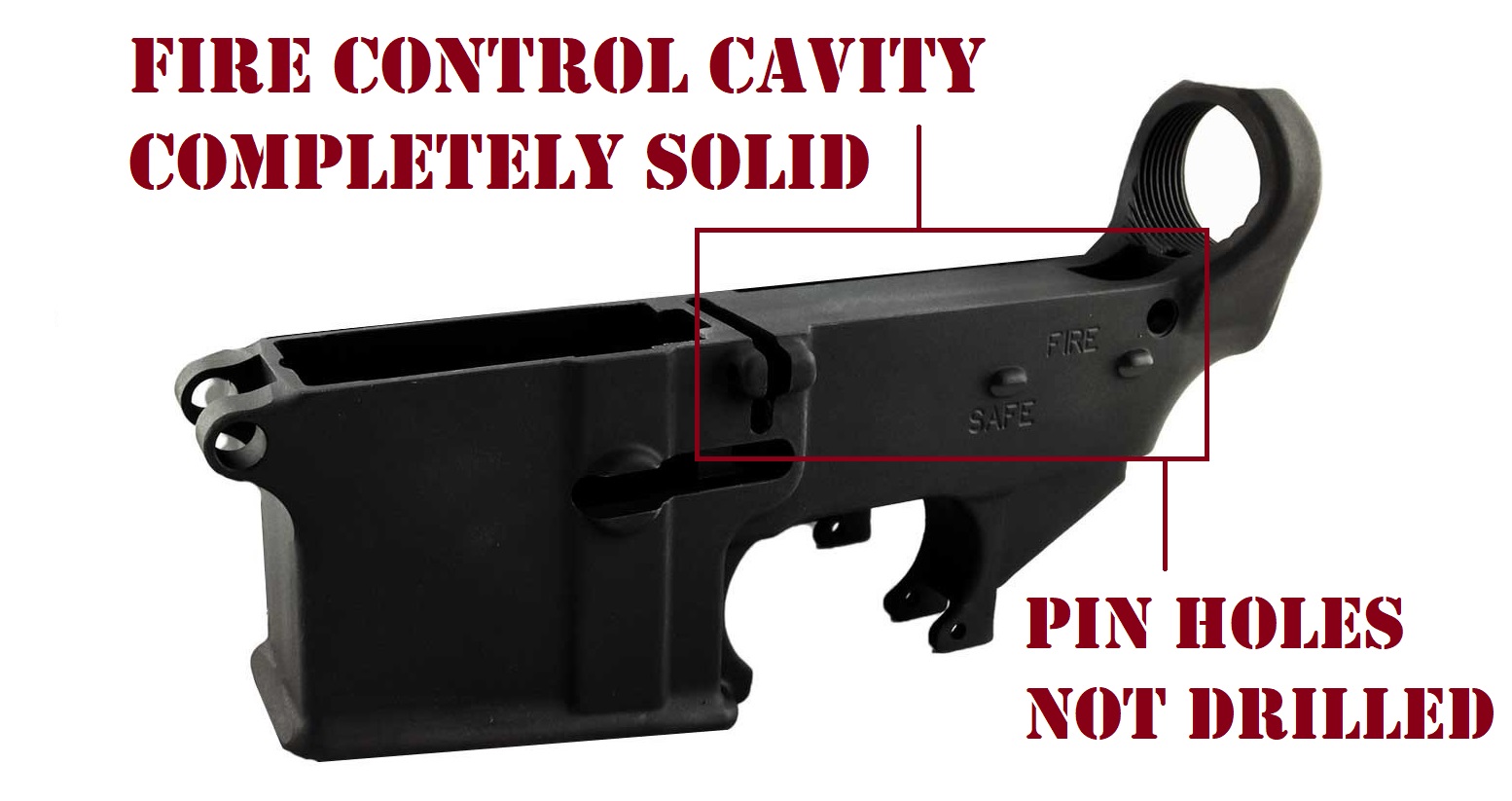 Receiver blanks that do not meet the definition of a "firearm" are not subject to regulation under the Gun Control Act (GCA). ATF has long held that items such as receiver blanks, "castings" or "machined bodies" in which the fire-control cavity area is completely solid and un-machined have not reached the "stage of manufacture" which would result in the classification of a firearm according to the GCA. (Bureau of Alcohol, Tobacco, and Firearms)

Because 80% lower receivers are not considered firearms, they are federally legal to own. You don't need to go through an FFL (Federal Firearms Licensed) dealer to buy one, nor do you need to conduct a background check or fill out a Firearm Transaction Record, Form 4473 to purchase one. Some states have placed restrictions on owning 80% lowers, while other states have banned their sale and ownership, which are detailed below.

What is an FFL?

An FFL is defined as – A Federal Firearms License (FFL) in the United States that enables an individual or company to engage in a business pertaining to the manufacturing or importation of firearms and ammunition.

Is it legal to buy an 80% lower receiver without an FFL?

Yes, it is completely legal under federal law to buy an 80% lower for personal use under the GCA of 1968. This means (in most states) you can buy and complete an 80% lower as long as you keep it for your own use, do not sell it or transfer ownership of once you have begun to mill out the fire control group.

A private individual producing a firearm for personal use and not for sale or distribution does not need an FFL transfer. This is a great plus for the average American with a family to protect because if the government decides they want to take away our firearms, your AR-15 build is ‘off the books’ since you completed it yourself. However, it is “recommended” by those agencies and government institutions who want to control your rights that you serialize and/or place special markings or identifiers on your finished firearm. Sure thing.

Other Types of Receiver Blanks

As the 80% firearms market grows, more types of receiver blanks get introduced for new weapon platforms. For example, 80% frames (technically "frame blanks") have been made for the 1911, Glock series of handguns, and the Sig Sauer P320. There are new versions of AR-type 80% lowers, too, like polymer versions that are easier to machine. Some lowers include the tools required for fabricating it into a firearm, too. This is also legal to buy and own under federal law and ATF policy. Again, some states think they know better than the ATF, so their laws may vary.

Whenever a new 80% lower is designed, an example is sent to the ATF so the manufacturer can receive something called a "Determination Letter." The ATF inspects the lower, receiver blank, or frame blank, and then issues a written opinion to the manufacturer clarifying whether the agency considers the unit to be a firearm or not. As long as the unit doesn't meet the definition of a firearm, it can be considered an 80% lower or receiver blank, sold without an FFL, Form 4473, or NICS check.

Can I sell a completed 80% lower? Does it a serial number?

Under federal law, you can sell a completed 80% lower. But importantly, you cannot make an 80% lower receiver into a firearm with the intent of selling it. This would make you a firearm manufacturer, which is illegal if you don't possess an FFL.

If, however, you build an 80% lower-based firearm for personal use and later decide to sell it, you can under federal law. You don't need to serialize an 80% lower receiver to sell it wherever a state allows private gun sales to take place without an FFL transfer. Some states require background checks or transfers on all gun purchases, including private sales, and some states have again banned 80% lowers. If you built one in a state that has now banned them, it is probably best not to attempt to sell that firearm. It is most likely very illegal.

States Where 80% Lowers are Regulated or Banned

80% lowers are illegal in New Jersey. Attorney General Gerbir Grewal in 2018  submitted a written letter to gun parts manufacturers "demanding" they halt sales of 80% lowers and any other receiver blanks in New Jersey.

Legislators in Washington state passed a  bill banning untraceable and undetectable firearms in mid-2019. Although the legislation doesn't expressly ban 80% lowers, it bans the firearms that one would build using a receiver blank. Polymer 80% lowers are banned outright, too. As a result, 80% manufacturers have stopped selling to residents in Washington.

Surprisingly, 80% lowers are legal in California, but only for rifle builds. Handguns and pistols cannot be built from scratch in California by an individual or non-FFL using a frame blank or receiver blank. California requires all weapons built or owned in the state to be serialized with a unique serial number provided by the state's own Department of Justice.

The mayor of Washington D.C. passed the "Ghost Guns Prohibition Emergency/Temporary Amendment Act of 2020." The bill amends a D.C. law (Official Code 7-2501.01) that includes unfinished firearm receivers such as 80% lowers and 80% frames in a list of prohibited firearms. Because of this legislation, firearm and receiver blanks can no longer be sold to residents in the D.C. area.

The Rhode Island state legislature passed the "Julie Cardinal Act", which bans the sale, transit, and ownership of "ghost guns" or un-serialized and untraceable firearms, which includes unfinished firearm receivers and frames. The bill prohibits 80% lowers and 80% frames from being sold in Rhode Island. It also bans the production of 3D-printed firearms.