The most important part of the AR-15, the lower receiver (the firearm itself) comes in two versions: Billet (6061-T6) and forged (7075-T6) aluminum. If you're here,  you're probably going to build your AR-15 using an 80% lower. If that's the case, choosing between billet and forged aluminum becomes an important decision: You're not just buying a rifle, you're cutting and drilling the receiver with hand tools. That means these two alloys' properties will play a part in the project. Let's compare the two so you know which one to pick.

When Eugene Stoner first designed his ArmaLite rifles in the '50s, he used billet receivers. The AR-10 and AR-15 platforms Stoner built would later serve the U.S armed forces in Vietnam. But the M16's initial performance was disastrous, and the weapon was quickly re-tooled. One of the updates included swapping out billet receivers for forged units. Today, many shooters talk about wanting "mil-spec" rifles and parts, and forged 7075-T6 aluminum is considered mil-spec. But is forged really better than billet?

Billet (6061-T6) aluminum is one of the most versatile heat-treatable aluminum alloys. It provides a wide range of mechanical properties - like high strength, ductility, and high corrosion resistance -that make it perfect for building a firearm that sees all kinds of forces, stresses, and heat. Billet receivers are cut on large CNC machines from a piece of aluminum barstock. Their rough forms usually look something like this: 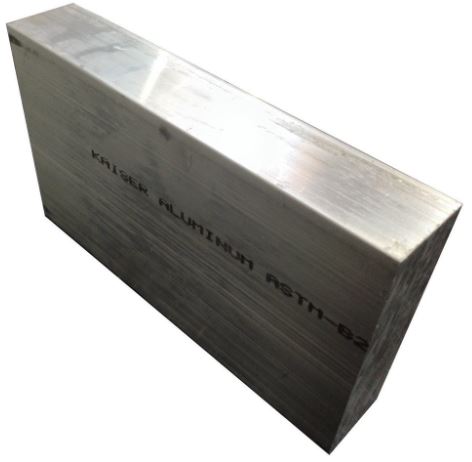 Forged (7075-T6) aluminum is one of the highest-strength aluminum alloys available. It's most often used for building high-stress parts that must endure extreme temperature changes and opposing forces. That makes it ideal for building a tough-as-nails semiautomatic rifle. Forged receivers are made by forcing the material into the final shape of the receiver under extreme heat and pressure. Raw 7075 aluminum isn't very exciting to look at. It appears similar to billet aluminum as round bar or pellets before being forged and shaped: 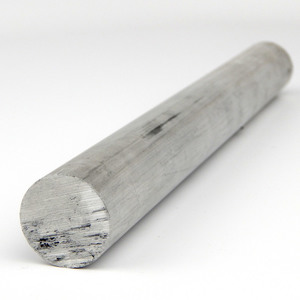 Heat-Treating and the "T6" Temper

It's important to note these two alloys' properties are only achieved by heat-treating both alloys to improve their strength. Heat-treated alloys are given "T" temper codes, ranging from T1 to T10:

To achieve a T6 temper, the billet or forged aluminum is heated to 990 degrees (F) for one hour. This dissolves the elements (magnesium, zinc, silicon) in the metal into a "solid solution", creating a uniform grain structure - an orderly array of atoms - strengthening the metal considerably. It's then quenched rapidly in cold water to prevent those dissolved elements from "precipitating" (seeping out) of the metal. Once cooled, the metal is then artificially aged in a large oven, heated to 350 degrees (F) for about 8 hours.

This increases the typical yield strength substantially. The yield strength is the true working strength of the receiver - that is, how much force it can withstand before permanently deforming, bending, or cracking under pressure.

Comparing the Two - Which is Better?

For even more detailed comparisons, check out the Spec Sheets for both alloys here:

At first glance, it looks like forged aluminum is the clear winner if you're building an AR-15: 7075-T6 boasts higher hardness rating, so it'll withstand direct impacts, scratches and dents more easily. The higher strength ratings mean it can also take more abuse in the field.

But many machinists say 6061 is a little easier to cut and drill.

If you're building an 80% lower, it's the machinability of that lower receiver that'll make or break your project. If you're inexperienced with drilling and cutting metal, you want a receiver that's as easy as possible to fabricate. The softer billet aluminum is easier to work through and causes less wear-and-tear on carbide drill bits and end mill bits. It's also less prone to causing tool "chatter", vibrations that can occur in your bits, router, or drill press when tool pressure is too high. 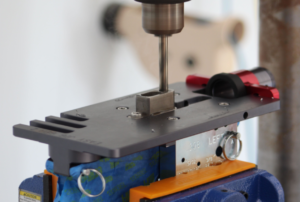 Is that to say a forged lower is no good? Of course not. Forged aluminum isn't noticeably more difficult to cut and drill - you simply need to take your time, using plenty of lubrication or cutting fluid, and double-check your tooling's speed and how quickly you're completing the work.

In the end, choosing between a billet or forged lower comes down to personal preference. With a little patience, you'll be able to complete either unit without issue. Made your choice? Here's how to cut and drill an 80% lower with a jig.