The AR-15 and AR-10 look identical in their designs, handling, and functions. They even look the same at a glance: 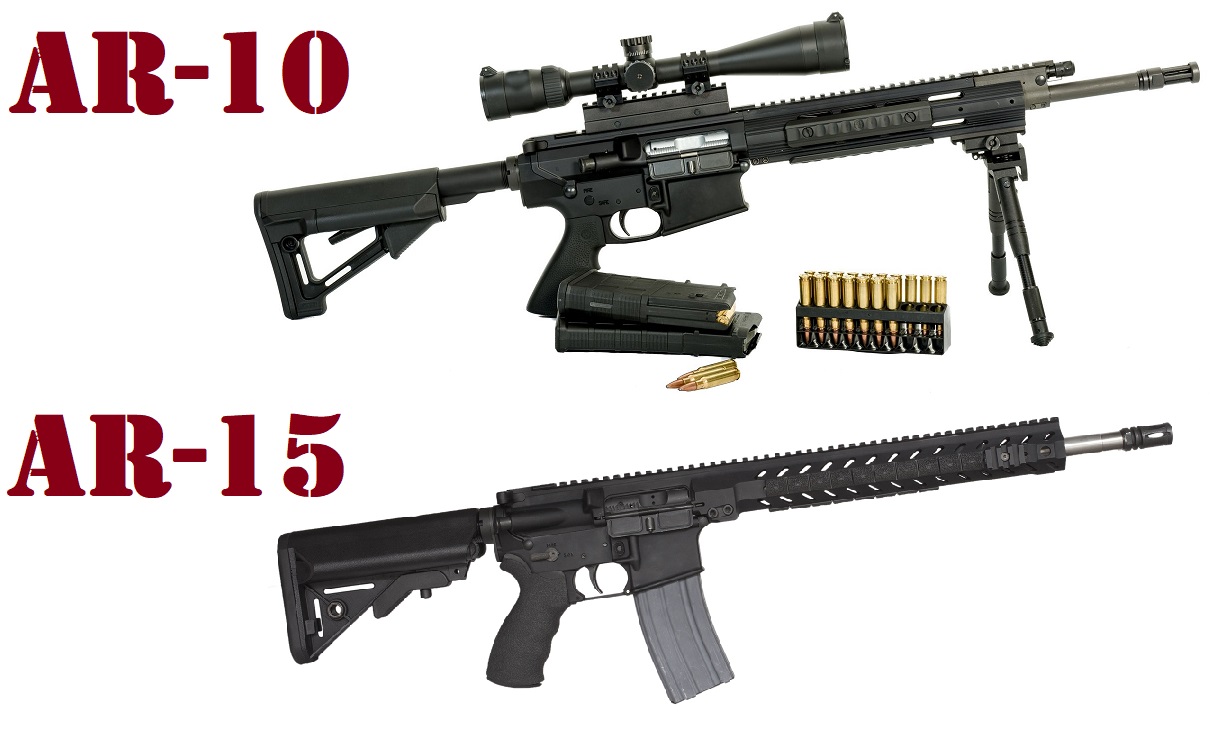 Can't tell the difference? You're forgiven. The AR-15 and the AR-10 are  almost the same rifle. They both use a direct-impingement gas system. Both have double-stacked box magazines. They share the same lower and upper receiver designs and the same type of trigger, hammer, disconnector, and sear. Both use a bolt carrier group with a rotating and locking bolt, and many of their parts are interchangeable.

So what's different and what's the same? This guide compares the AR-15 and the AR-10 in every important way. History is important but we're mostly focusing on the specifications and mechanical stuff here. After all, you're probably reading this because you're trying to build a .308 AR. Let's begin.

World War Two saw the development of the first modern, lightweight, fully automatic assault rifles. Gone were the days of big, bulky machineguns requiring two or more men. While in service for now, the war's slow bolt-action rifles and heavy battle rifles like the M1 were also to be phased out. America's adversaries had begun creating weapons like the STG-44 in Germany, and the AK-47 in Russia. With this global advancement in armament, the U.S saw a need to replace its Tommy guns, Brownings, Springfields, and Grease Guns with one lightweight, accurate, powerful rifle.

In the 1950s, Eugene Stoner of ArmaLite began making such a rifle: The AR-10. This automatic weapon was chambered in 7.62x51 NATO and ditched heavy steel operating rods and big wood stocks for aluminum receivers, plastic hardware, a thin and lightweight barrel, and a new type of gas system that had fewer and lighter moving parts. ArmaLite submitted its prototype (shown above) to the U.S. government as a candidate for replacing the M1 Garand. The rifle lost to the T44, a new variant of the Garand that would become the .308-chambered, fully automatic M14.

Fast-forward to Vietnam, however, and the M14 performed woefully against the Vietcong and their Russian AK-47s. Soldiers and Marines reported the M14 was difficult to control when fired fully automatic. It had a low magazine capacity, it was too heavy, and it was unreliable in the muck and moisture of the dense jungles. The Army saw a need for a better rifle even still.

This is where the AR-15's birth arrives. Stoner took a second pass at developing a proper assault rifle for American troops at the request of the U.S. government. The only way he could imagine such a rifle was by making it even lighter, with more ammo tucked under the hood. This would be accomplished by ditching NATO'S archaic .308 round and going with a new, smaller, faster cartridge that was a mere wildcat varmint round: The .223 Remington. 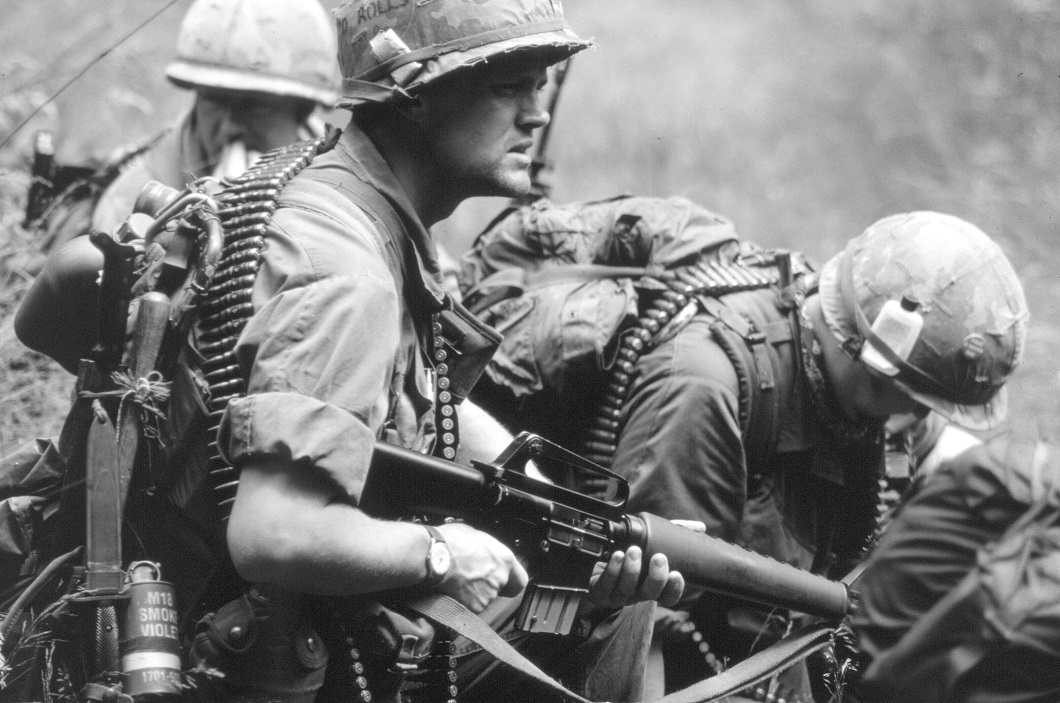 Stoner maintained the AR-10's general design even though he replaced the .308 round with a .22-caliber cartridge. This would ultimately doom the AR-15's success while under the ArmaLite name. Submitted to the government for a second round of testing, Stoner's rifle still lost to the M14 under the direction of then-U.S. Army General Maxwell Taylor. This decision would cripple ArmaLite, who closed its doors and sold the rights to the AR-10 and AR-15 to Colt.

The AR-15's failure was temporary, though. After Colt modified the design and sold it in smaller markets, Air Force General Curtis LeMay took notice. He requested 80,000 AR-15s to arm his personnel. It was this decision that marked the beginning of the end of the M14. Military brass found that shooters qualified "Expert" in marksmanship twice as often when they fired the AR-15 instead of the M14. Soldiers reported the AR-15 was much easier to control, especially when fired fully automatic. The M14 also suffered from manufacturing capabilities, while the AR-15 could be easily mass-produced. With some minor tweaks (like adding a forward assist and moving the charging handle to the rear of the receiver), the AR-15 was finally adopted by the U.S military as the Colt M16. The rifle would perform with mixed results in Vietnam. Years later, its varmint-hunting .223 Remington would be replaced with a "hotter" cartridge, the 5.56 NATO, adding power and accuracy at distance. The M16 would also be updated with an even smaller and lighter design, dubbed the M4 Carbine.

Before we compare the AR-10 and AR-15, it's incredibly important to know the modern "AR0-10" and the parts in mass circulation are  not the O.G. ArmaLite rifle made by Eugene Stoner. Today, companies like Palmetto State Armory (PSA) and DPMS Panther Arms have taken over the .308 market with a version of the AR-10 called the LR-308. While ArmaLite still produces the AR-10, it is mostly sold to law enforcement and militaries. No standalone parts, like barrels and receivers, are available for sale. If you're building an AR-10 as a consumer, you're really building an LR-308. Trust us when we say you'll prefer the LR-308 over the ArmaLite rifle.

Now that we've got that out of way, keep in mind that when we mention "AR-10" here, we're really talking about the LR-308 rifle.

The AR-15 parts that do not work with the AR-10 are located mostly in the barreled upper receiver. While both rifles use parts with identical designs and functions, the .308 rifle's parts are physically larger, too big to install in a 5.56-chambered rifle.

These AR-10 upper receiver parts are not compatible with the AR-15:

These AR-10 upper receiver parts are compatible with the AR-15:

The lower receiver assembly is a little bit trickier. The .308-chambered stripped lower is not universal, but most of the parts that go inside, and out the rear, are actually AR-15 parts.

These AR-10 lower receiver parts are not compatible with the AR-15:

These AR-10 lower receiver parts are compatible with the AR-15:

Now you know about the physical differences and parts compatibility between the modern AR-10 (LR-308) and AR-15. Now we can compare their ballistic data, performance, and other specifications to see what else is shared and what's different. 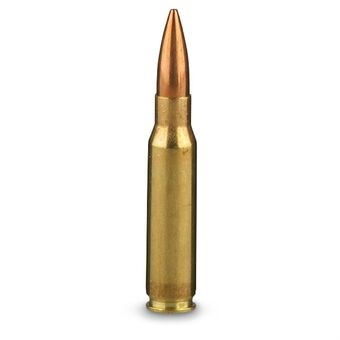 7.62x51 NATO was developed in the 1950s for U.S. and NATO military use, in direct response to the large and powerful 7.62x54r cartridge used by Russian armed forces. The M14 was the first service-issued rifle to field the NATO cartridge, though its popularity and performance meant it would be later adopted by dozens of militaries and service weapons across the world. While newer and more accurate rounds are available for the AR-10 platform (like  6.5 Creedmoor, with an effective range beyond 1,000 meters), the 7.62x51 NATO and its commercially identical sister, the .308 Winchester, remain favorites among AR owners for their power, affordability, and decades of refinement. Unlike the AR-15's issues with chambering 5.56 NATO and .223 Remington in one gun, both cartridges can be safely fired in a modern AR-10. 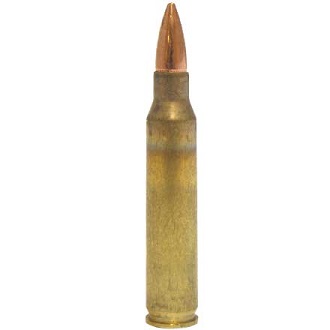 Based on the .223 Remington cartridge, the 5.56 NATO was made for the AR-15 in response to a lack of penetration and stopping power at distance. Compared to the AK-47's 7.62x39mm round, the 5.56 cartridge was weaker and struggled to penetrate soft targets beyond 200 to 300 meters. The 5.56 NATO, sporting a higher chamber pressure and heavier steel-core bullet, could effectively penetrate a steel helmet at 500 meters. Because of its light weight and comparatively smaller powder charge, 5.56 NATO experiences severe bullet drop beyond 300 meters, unlike 7.62x51 NATO. For this reason, it is most effective at distances 300 meters or less. For what it gives up in power, the 5.56 makes up for in capacity, velocity, and accuracy. The AR-15 can hold, on average, 10 or more additional rounds than the AR-10. It also produces less recoil, affords quicker follow-up shots, and it provides amazing accuracy (about 1 MOA) within its effective range, even when fired from an "entry-level" rifle.

The optimal barrel length for the AR-10 varies based on how you'll use your rifle. Our ballistic data above (velocity, energy) was recorded using a 24" barrel. While this length guarantees full powder burn and the most velocity possible, its also considered excessive, even for a bench rifle. Many shooters stick with a barrel length of 18" to 21" for the .308 cartridge and report favorable accuracy up to 800 meters.

The optimal barrel length is much easier to determine for the AR-15. To keep things simple, a 16" barrel is best for the average 5.56 NATO and .223 load. This is convenient because it's also the shortest barrel you can legally put on a rifle without applying for an NFA Tax Stamp to build a short-barreled rifle (SBR).

What works and what doesn't? There are loads of questions about the AR-10, .308 ARs in general, and compatibility with parts and the AR-15 platform.

A: No. Even though both rifles use the same lower parts kit, physical differences in receiver dimensions and the bolt carrier group mean that an AR-10 upper will not fit on an AR-15 lower receiver.

A: Although AR-15 and AR-10 handguards look the same (and often have the same dimensions or diameter), the differences in both rifles' barrel nuts almost always prohibit a handguard meant for one platform from being attached to the other platform's receiver.

A: No. Although the rifles' magazines appear similar, AR-10 mag have longer walls to accommodate the extra length of the .308 cartridge. This is another reason why AR-15 and AR-10 uppers and lowers aren't compatible, too.

A: Yes, just slightly. The LR-308 is substantially similar to the AR-10 in looks and function. This in-depth guide compares the two .308 ARs more.